At tonebase, we have a firm belief that knowledge is meant to be shared. The passing down of information from one generation to the next is the only way a culture can continue to develop and grow.

Nowhere is this more true than in music. Without a great teacher, students at every skill level cannot progress sufficiently. That is why it is crucial for all students to have access to the best instructors possible through every stage of their musical development. 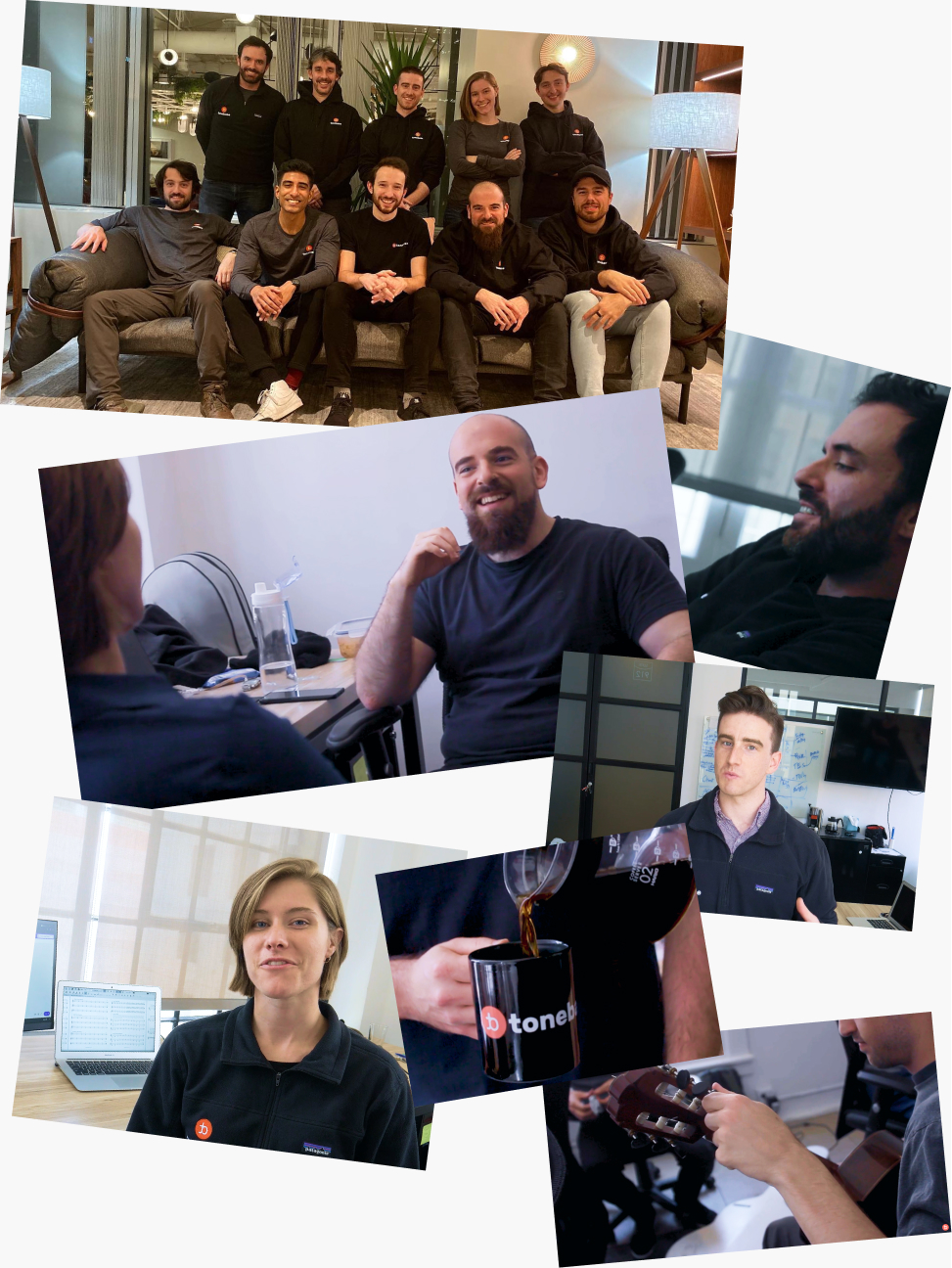 Unfortunately, for too long, the knowledge of the world's greatest musicians has been accessible to only a select few - those with the necessary talent and funds to attend the most elite universities and conservatories.

At tonebase, our mission is to change that standard by democratizing high-level music education around the world. By combining music, passion, and technology, we aim to build the go-to resource for anyone learning an instrument anywhere. 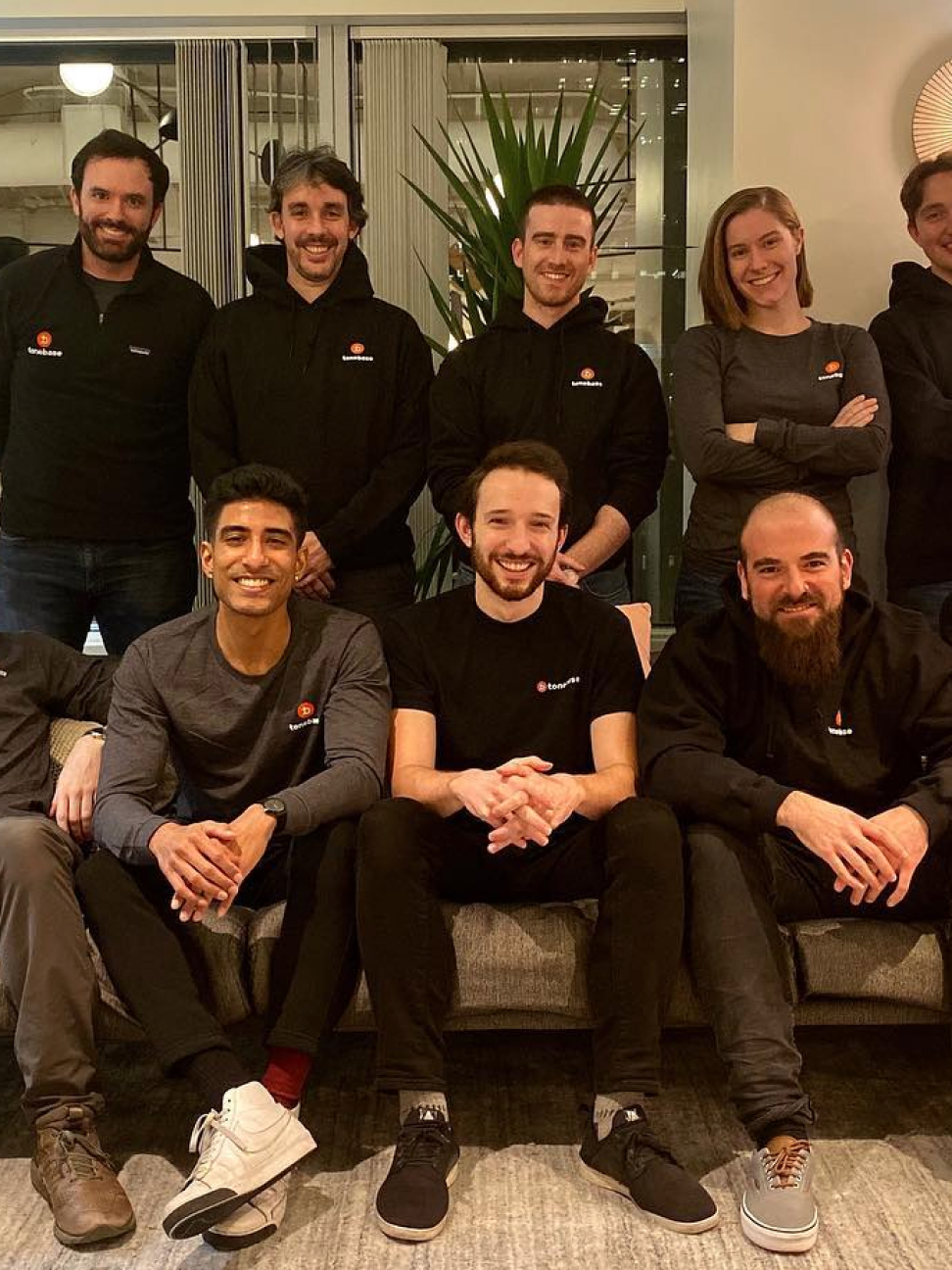 We're a passionate group of musicians, creators, and coffee fans looking for awesome people to help us redefine online music education. If you're interested in joining us on this journey, take a look at our current open positions! 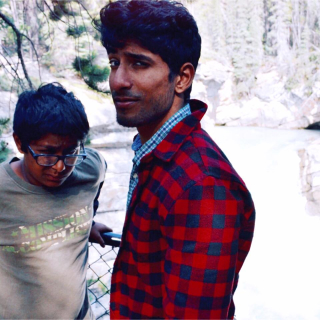 Co-Founder
Abhi is the Technical Lead and a Co-founder at tonebase. You can find him in a hoodie, with his headphones turned on to country music and socked feet resting in some (incredibly comfortable) Nike sandals. 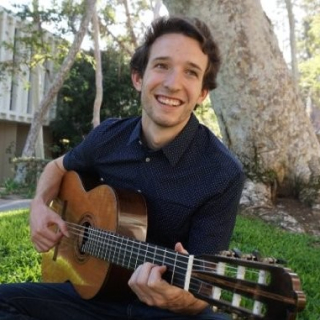 Co-Founder
Chris is CMO and a Co-Founder at tonebase. When he’s not playing guitar or running the tonebase marketing team, he enjoys being active outdoors. Hiking, skiing, camping, running… you name it! 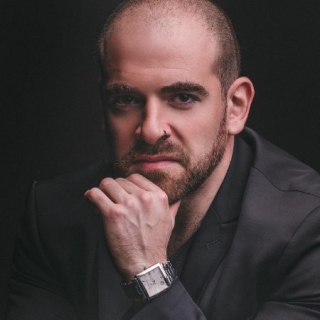 Co-Founder
Igor does content strategy and artist relations at tonebase. When not lifting and exploring California's craft beer scene (which goes together quite well) Igor's a retired death metal player turned classical guitarist. 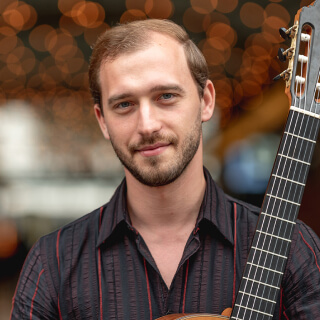 Head of Guitar
Mircea is a guitarist from Europe. Prior to becoming Head of Guitar at tonebase, he helped create the Live and Community departments. A professional musician since a very young age, he loves to travel the world and learn new languages. 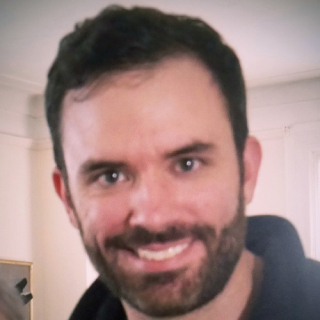 Head of Piano
Ben is the Head of Product, Piano at tonebase. When he’s not making movies with pianists, he’s trying to be one himself. In his leisure time, he enjoys experimenting with low forms of humor, long speculative conversations about the fate of human society, and watching the NBA. 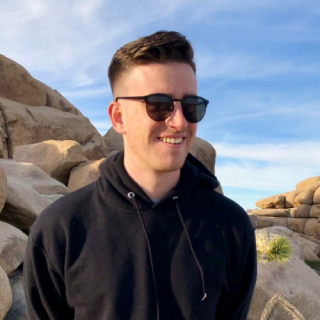 Head of Production
As Head of Production, Sean handles video production and editing. He started learning about camera equipment because he wanted to take better pictures of his dogs. Now he oversees hundreds of hours of content creation every month, none of which is dog related. 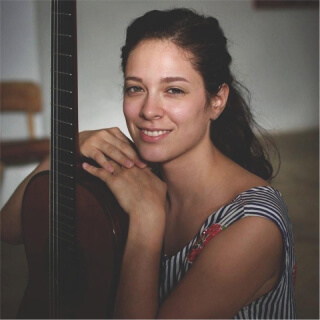 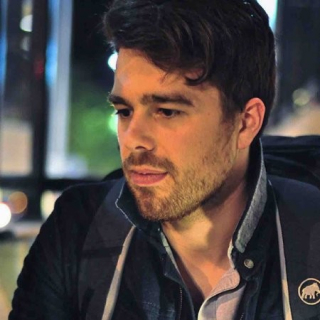 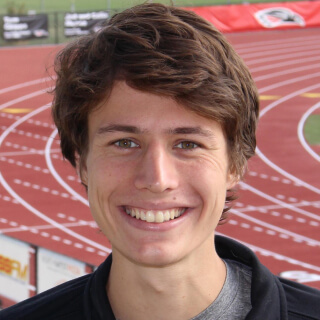 Marketing Manager
Ryan is the Marketing Manager at tonebase. He's based in Ashland, Oregon where he graduated from Southern Oregon University with a degree in Marketing and a minor in music. When not helping out on the marketing team, Ryan enjoys running competitively and studying classical guitar. 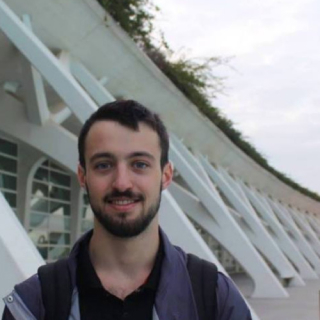 Full-Stack Developer
Patrick is a software engineer with a strong passion for music. He discovered his passion for programming while attending Berklee College of Music, where he studied Electronic Production and Design and Music Business. Patrick is also an avid classical guitarist, cellist, pianist, and electronic musician. In his free time, he enjoys hiking, and drinking coffee. 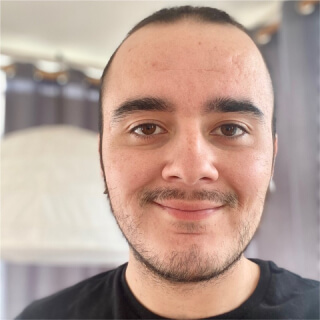 Front-End Developer
Daniel is a front-end developer at tonebase. With overlapping passions for design and software, he's interested in building a cooler internet. If he's not putting pixels together and making them come to life on the web, he's probably reading, designing clothes, or moseying in Red Dead 2. Else he's in the bleachers at an A's game. 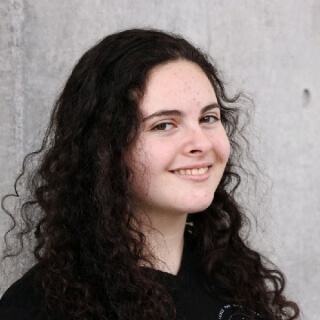 Product Designer
Yasmine is tonebase's product designer with a passion for understanding the why and how of the user's journey. Outside of work, she enjoys building guitars, CAD, camping, and traveling. It's important to note that liking her dog is a personality trait for her. 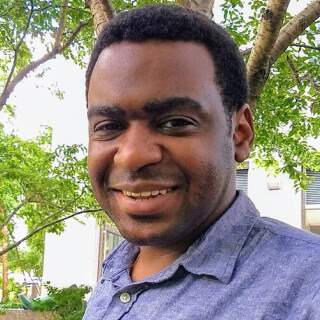 Copywriter
“Chris B." is your friendly neighborhood copywriter. He helps put together tonebase’s email and web promotions. When not wordsmithing, he enjoys TED talks, live comedy, Yankees baseball, or even playing a little piano when the inspiration strikes 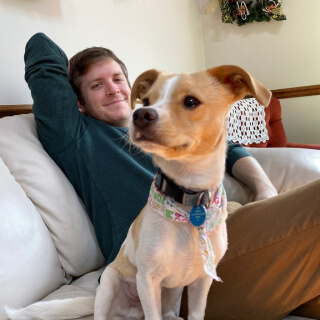 Head of Post-Production
Trevor is the Content Delivery Manager at tonebase. His passion is managing delivery content. Despite an extensive and expensive career in music, he spends most of his time listening to people talk on podcasts. 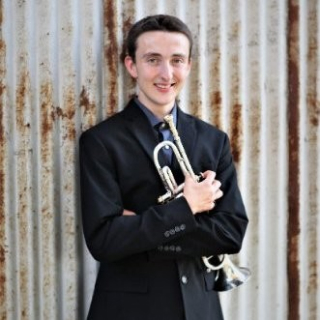 Peripheral Content Lead
A native of California’s Central Valley, Ethan is a Los Angeles-based musician and composer, primarily of jazz music, with a passion for improving access to high quality music education. While his life’s purpose is to make danceable, genre-busting music, he divides his time between developing peripheral content for tonebase, studying astrophysics, and figuring out what would happen to all of tonebase’s content were it to fall inside a black hole. 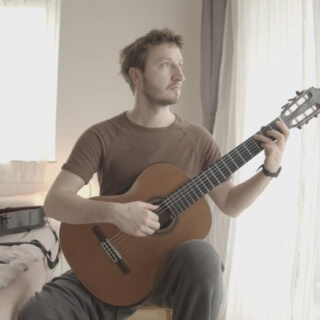 Head of Live & Community
Martin is Head of Live and Community at tonebase. Being a professionally trained classical guitarist and sound & video engineer, his whole world revolves around music. The only time he hits the "stop record" button is for good food, preferably Japanese! 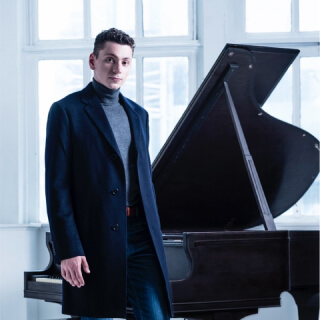 Piano Live Director
Dominic is the Live Director of tonebase piano! While performing and streaming to the tonebase community are his favorite activities, he also loves to be grilling steak on a fire, or training for Ironman Triathlons! 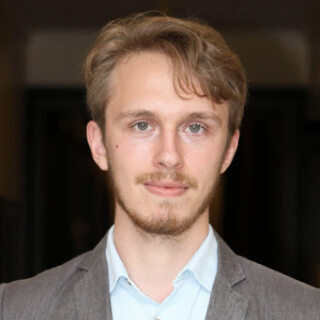 Piano Content Manager
Noah is an AMAZING team member and has been working so hard he hasn't had time to write a bio, so this is the placeholder in the meantime ;) 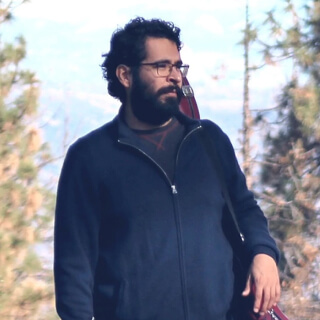 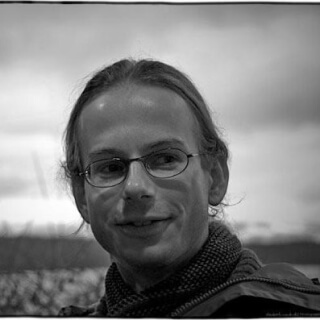 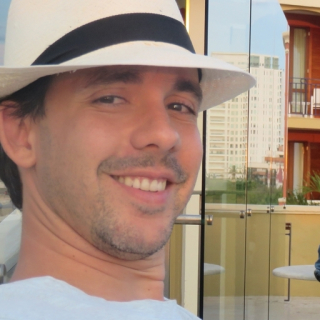 Ex Front-End Developer
Rodrigo was a front-end developer at tonebase prior to pursuing several entrepreneurial ventures and his next adventure. He helped build many of the foundations of the platform and for that we are grateful.

We'd love to have you join our team. tonebase is based in Los Angeles, and works with contractors, videographers, artists and designers + developers around the world.

If you think you'd be a good fit we'd love to hear from you, even if a relevant positioned isn't listed below. Shoot us an email anytime at team@tonebase.co. 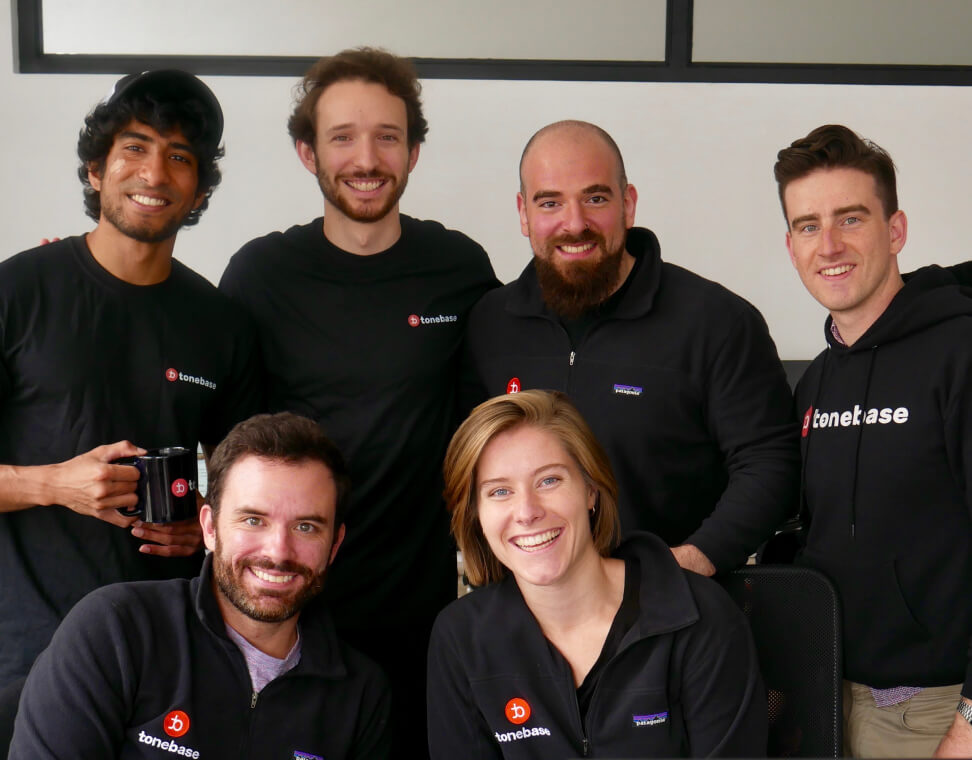 We are located in Los Angeles, CA. If you want to get in touch with us please email us at team@tonebase.co.

Looking for our privacy policy? Need help with anything? Comments, suggestions, or anything else at all?
Reach out with the buttons below!